Joe, a 60 year old stockbroker came to see me after a long absence away. He complained of low back and knee pain and although his lower back had improved over several sessions, his knees still bothered him. He’s part of a hiking group, so it’s doubly important he is able to walk well.

When I examined his feet, I found them to be quite immobile, particularly his right foot. As he lay prone, and I moved his ankle and foot in different directions, eventually bending his knee in the hip joint and sliding his leg upwards at right angles to his body, I found his left foot and leg cooperated, but his right not at all. It was as if an “Invisible Puppeteer” was controlling his body in a spasmodic way.

As I proceeded to work with his right foot, it became clear he had no knowledge of how to use his foot. His foot literally behaved like an inanimate object. If I went to bend and extend his ankle, he didn’t understand what I wanted him to do, or locate the action in his foot. Moreover his foot remained flat, like a stiff board. It didn’t yield as I curled the front part of his foot; toes pointing down, away from the leg. What is commonly called planter flexion. In a standing position, this would mean pointing the foot towards the floor.

The mechanics of what I did is not important. Because I was working functionally with him, I was trying to get his foot “to feel itself”, so it could function under his control; in a similar way to the control he would have in opening and closing his hand.

As he lay prone on the table and I moved his ankle, heel and toes in different patterns, he writhed in pain and moved jerkily on the table. Not because I was exerting due force, but because his foot hadn’t moved in any viable way in probably a very long time.  It was not behaving as if it were “alive.”

Now I became the “Invisible Puppeteer”, but what I was doing was talking to his Brain, telling it to let go of the  parasitic unnecessary work he was doing unconsciously; and to maintain his foot, leg and hips in this very awkward manner – his own self imposed limitations.

With the lesson drawing to a close, I asked him to stand. His knees were gently bent and he walked with a grace that I had never seen in him. It was as if his feet were now padding the floor, much like his cats at home, unlike the awkward and ungainly stomping of his feet that was his gait beforehand. 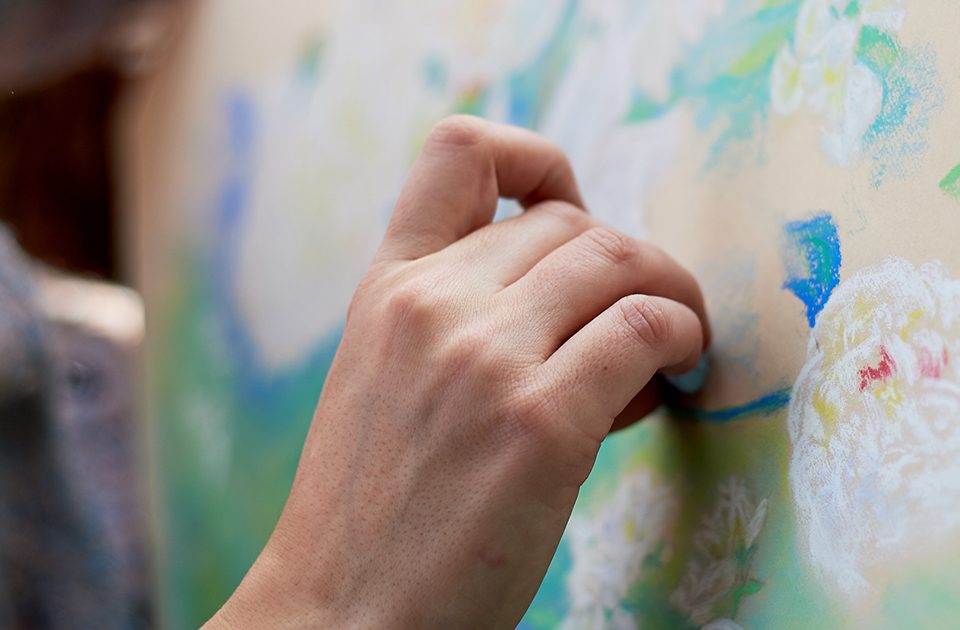 Reflections on Drawing and Moving: Being in Contact with Oneself